What is Sodium Lactate 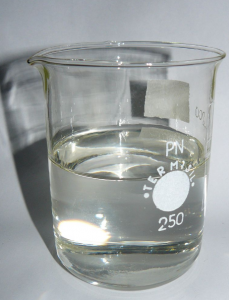 Sodium Lactate is the salt of lactic acid, it is produced by fermenting a sugar source such as corn or beets.  It is a liquid but also comes in powder form as well where it is often used as a preservative in food.

Sodium Lactate as a food preservative

Sodium lactate is a replacement for chemical preservatives such as sodium benzoate and potassium sorbate. It is used as a food preservative because the salt acts as a preservative which prevents bacteria and fungus from growing.

Sodium lactate is also used in the cosmetic industry in lip balms, face cream, shampoos, lotions and eye drops.  It is used in these products as a preservative, but also as an a ph controlling agents.

Sodium lactate is found in our skin and also acts as an effective humectant, helping to balance the moisture in our skin.

Although sodium lactate is said to be free of side effects, it is not recommended for infants and young children.

It also can make your skin sun sensitive so when using this product make sure you don’t over do it.

Sodium lactate is used in soap making to produce a harder long lasting bar of soap.

In the soap making process, sodium lactate is added to the lye/water solution once the temperature is below 54 degrees Celsius.

Sodium Lactate for Soaps and Lotions

The recommended amount to use is about 1 tsp per pound of oils.  If you use too much your soap may become brittle and crack or crumble, but using it with soap recipes that are higher in soft oils will help your bar harden and keep it from becoming sticky.

Note: it will often slow the trace process so can be beneficial for using with scents that trace quickly.

When using in a lotion, simple replace the liquid glycerin with sodium lactate, some studies say that sodium lactate is a better moisturizer than glycerin in the short and long term.  It isn’t as sticky as glycerin so depending on your recipe it may make a noticeable difference.

I don’t use this product as I feel the recipe I have formulated over the years has the right combination of oils to create a hard bar that does not melt away.  So there is no need to add it, but if you are making a soap using soft oils it can be a benefit in helping your soap become harder as well as getting it out of the molds easier.

This fermented sugar source can be used as a preservative, a moisturizer, ph balancer and soap hardener.  It is a natural product that is considered safe to use for food and skin care products.

This entry was posted in Making Soaps. Bookmark the permalink.

7 Responses to Sodium Lactate and Soap