Benefits to Olive Oil for the Skin and in Soap Making 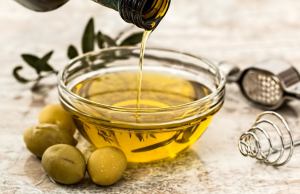 The benefits of Olive oil in skin care have been known for thousands of years, in Egypt it was being sold for Cosmetic uses as far back as 1500 BC.

Long before soap was ever invented the Egyptians used Olive Oil to cleanse themselves.

The way they did this was by spreading the oil on their skin, the dirt would get stuck to their skin and then they would simply scrap it off.

The Romans also used this oil on their skin, it was used to protect athlete’s skin from the sun, but it was not limited to the athletes as the Romans new the benefit of using it for moisturizers and massage oils. 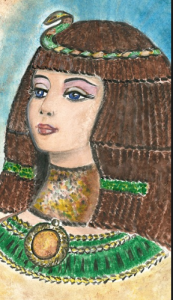 Cleopatra is known to haven taken baths with olive oil leaving her skin smooth and shiny.

In more recent history,  Jackie Kennedy used olive oil as a treatment that kept her skin smooth and supple.

Olive oil can be used to moisturize you skin without blocking the pores, it is gentle enough to use on babies and is soothing and healing on all skin types.

Using this oil on a regular basis whether it be in a soap or in oil form will help to improve the moisture retention of your skin. The benefits of Olive Oil for the skin are many.

It is the first pressing of olives that yield the highest grade (extra virgin) done without using heat.

Those same olives are cold pressed to produce Virgin Olive oil and the next two pressing will produce the regular and pomace grade of oil which are generally used in soap making.

A Castile Soap which is 100% Olive oil is a hard bar that will have a limited amount of lather, when I make my soap I add coconut oil to the oil mixture to help produce more lather.  This bar works will and produces lather even in hard water.

All the soaps I make contain at least 70 % Olive Oil.

Olive oil has been around for thousands of years and used in skin care dating way back.

In recent years people have been substituting Canola Oil for the Olive Oil, mainly because the cost is half or more of Olive Oil.

I don’t like using Canola oil myself, because it is a genetically modified product.

I had a friend that replaced her Olive Oil with it and it produced a softer bar of soap, which in time turned rancid.

I’m sure part of the reason was because the percentage was to high. The bars appeared to be nice and hard, but once used they turned slimy and soft.

Other uses for Olive Oil

By itself, Olive Oil can be used as a shaving lubricant or to add after a shave.  this oil is great for chapped lips and skin and can be used when making your own lip balm.

Your hair can benefit from olive oil too, I often put it in my hair as a pre-shampoo treatment, it helps to put moisture back into your hair. 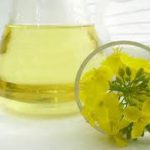 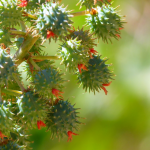