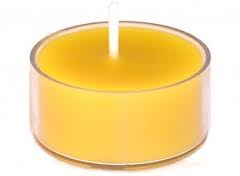 Beeswax vs Paraffin, which is better and safer?  Both are natural but both are not safe….

Beeswax is a natural wax. it is produced buy the female worker bees in honey beehives.

This wax is used to build the honeycomb cells and it is build with three purposes; raising their young, storing honey, and pollen.  It takes eight times the consumption of honey to create this wax, and it is estimated the bees will fly over 150,000 miles to create just one pound of bees wax.  Wow!

The type of flower that the bees gather nectar from will determine the color of the wax, it will vary from white to brown, but is most often a shade of yellow.  The color of the beeswax is white at first, but then darkens with age.

The color of the wax has no significance as to the quality other than its aesthetic apppeal. Beeswax used to be bleached using ozonisation, sulfuric acid, or hydrogen peroxide which not only bleached the wax but resulted in the addition of chemicals into the wax.  This process has now been stopped by reputable candle manufacturers and other supplier of this natural wax.

About 60% of beeswax is used in candle making, cosmetics and pharmaceuticals.  It is also used in polishing materials for shoes, furniture, models, pool table filler, and as a protective coating for aging cheese.  Beeswax can be softened with vegetable oil to make it softer and more workable. 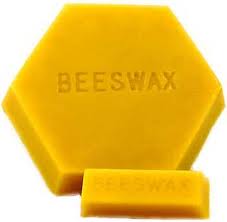 In beeswax vs paraffin and candle making, beeswax is the best.  The most important aspect of beeswax, besides being natural is they burn brighter, longer, and cleaner than any other candle! The flame virtually emits the same light spectrum as the sun and in the process of burning, negative ions (which is a positive thing) are released to clean the air and invigorate the body. The negative ions is what the air smells like after a storm.

This 100% natural fuel created by bees is naturally scented by the honey and nectar of the flowers packed into the honeycombs and gives off a subtle fragrance as it burns.  If the beeswax has a medicinal smell, chances are that it has been chemically altered or bleached.  Always check for 100% beeswax, for the legalities on labeling these candles states that a mere 55% content can be called beeswax, and for soy candles, a minumum amount of 20% soy wax can allow for those type of candles to be called soy.  So beware and once again watch the labelling.

Beeswax is a 100% natural fuel created by bees;

In beeswax vs paraffin, it’s like natural vs synthetic!

Wikepedia has an article on paraffin here……

The wick is just as important as the type of wax, because when you burn a candle that has a chemically processed or metallically reinforced wick, it can release large amounts of soot into the air you breathe.  This can be potentially harmful to your health.

So when making candles be sure to find 100% unbleached cotton wicks, this will help keep the air clean.

Beeswax vs Paraffin in Soapmaking

Beeswax vs paraffin in soapmaking too!  You were probably wondering when I was going to get to that.

Paraffin would be a cheap and easy way to make bars harder and last longer, but wouldn’t that defeat the purpose of having a natural soap bar?

Beeswax is often used in soapmaking as well, put the wax in at the same time you put the oils in as the beeswax has a high melting point and might nut fully melt if you add it later on in the process.  Usually this amazing wax is added to soap for the added hardness of the final bars.

The scent of honey is just an added bonus!

Don’t add more than 1.5% of wax to your total oils and fats.  If you add to much wax you will end up with a sticky and gummy bar and that would not be good.

This entry was posted in Making Soaps, Soap and Skin Loving Oils. Bookmark the permalink.

8 Responses to Beeswax vs Paraffin