Natural Cures for Eczema – what type of eczema do you have? 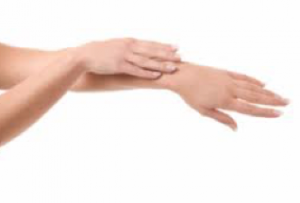 Are you looking for homemade Natural cures for eczema?   Do you suffer from this skin condition or wonder what it is?

Eczema is a general term for many types of skin inflammation, also known as dermatitis.

The most common form is atopic dermatitis, however, there are many different forms.

This skin condition can affect people of any age, although it is most common in infants and often resolves by age 3 in about half of affected infants. For others, the condition tends to recur throughout life.

Skin Rashes – What could this rash be?

Doctors do not know the exact cause of this condition, but an abnormal function of the immune system is believed to be a factor.

Some forms can be triggered by contact with the skin, such as soaps, cosmetics, clothing, detergents, jewelry, or sweat. Environmental allergens may also cause outbreaks.

Changes in temperature or humidity, or even psychological stress, can also lead to skin eruptions. Eczema natural cures are usually only obtained by avoiding the allergen or cause.

Eczema commonly causes dry, reddened skin that itches or burns, although the appearance varies from person to person and to the specific type.

Intense itching is generally the first symptom with most people.

Sometimes, it may lead to blisters and oozing lesions, but it can also result in dry and scaly skin.

While any region of the body may be affected, in children and adults, it typically occurs on the face, neck, and the insides of the elbows, knees, and ankles.

In babies, it can be found on the forehead, cheeks, forearms, legs, scalp, and neck.

Sometimes the symptoms last for a few hours or days, yet in other cases, the symptoms persist over a longer time and are referred to as chronic dermatitis.

Atopic dermatitis is the most common of the many types, and sometimes people use the two terms interchangeably. But there are many terms used to describe specific forms that may have very similar symptoms to atopic dermatitis. These are described below.

Atopic dermatitis is a chronic skin disease characterized by itchy, inflamed skin. Atopic dermatitis is believed to be caused by an abnormal function of the body’s immune system. The condition tends to come and go, depending upon exposures to triggers or causative factors.

The most common form, atopic dermatitis, affects about 10% of infants and 3% of adults in the U.S. Around two-thirds of those who develop the condition do so prior to age 1.

When the disease starts in infancy, it is sometimes termed infantile eczema. Atopic dermatitis tends to run in families, and people who develop the condition often have a family history of allergic conditions such as asthma or hay fever. One form of gaining eczema natural cures is to find out what causes other peoples conditions.

Contact eczema (contact dermatitis) is identified by symptoms that includes redness, itching, and burning where the skin has come into contact with an allergy-causing substance or with a general irritant such as an acid, a cleaning agent, or other chemical.

Other examples of contact dermatitis include reactions to laundry detergents, nickel (found in jewelry), cosmetics, fabrics, clothing, and perfume. Due to the vast number of chemicals and allergens, it can be difficult to determine the trigger for contact dermatitis.

Seborrheic eczema (seborrheic dermatitis) is a form of skin inflammation of unknown cause.The signs and symptoms include yellowish, oily, scaly patches of skin on the scalp, face, and occasionally other parts of the body.

Stress, oily complexion, infrequent shampooing, and weather conditions may increase a person’s chance of developing the seborrheic condition. One type of seborrheic is also common in people with AIDS.

Nummular eczema (nummular dermatitis) is characterized by small round patches of irritated skin‚ commonly located on the arms, back, buttocks, and lower legs‚ and that may be crusted, scaling, and extremely itchy.

This form of eczema is relatively uncommon and occurs most frequently in elderly men. Nummular eczema is usually a chronic condition. A personal or family history of atopic dermatitis, asthma, or allergies increases the risk of developing this skin condition.

Neurodermatitis, also known as lichen simplex chronicus, is a chronic skin inflammation caused by a scratch-itch cycle that begins with a itch, like a bug bite, that becomes intensely irritated when scratched.

Women are more commonly affected by neurodermatitis than men, and the condition is most frequent in people aged 20-50. This form consists in scaly patches of skin on the head, lower legs, wrists, or forearms. Over time, the skin can become thickened and leathery. Stress can exacerbate the symptoms.

Stasis dermatitis is a skin irritation on the lower legs, generally related to circulation problems. Stasis dermatitis occurs almost exclusively in middle-aged and elderly people, with approximately 6%-7% of the population over age 50 being affected by the condition.

The risk of developing stasis dermatitis increases with advancing age. Symptoms include itching and/or reddish-brown discoloration of the skin on one or both legs. Progression of the condition can lead to the blistering, oozing skin lesions seen with other forms of eczema, and ulcers may develop in affected areas.

The chronic circulatory problems lead to an increase in fluid buildup (edema) in the legs. Stasis dermatitis has also been referred to as varicose eczema.

Dyshidrotic eczema is also known as vesicular palmoplantar dermatitis, dyshidrosis, or pompholyx. This form of eczema occurs in up to 20% of people with hand eczema and is more common during the spring and summer months and in warmer climates. Males and females are equally affected, and the condition can occur in people of any age.

To decide on what natural cures for eczema you should try, you will need to be diagnosed. For diagnosing, doctors rely on a thorough physical examination of the skin as well as the patient’s account of the history of the condition.

In particular, the doctor will ask when the condition appeared, if the condition is associated with any changes in environment or contact with certain materials, and whether it is aggravated in any specific situations.

This condition may have a similar appearance to other diseases of the skin, so the diagnosis is not always simple. In some cases, a biopsy of the skin may be taken in order to rule out other skin diseases that may be producing signs and similar symptoms.

If a doctor suspects that a patient has allergic contact dermatitis, allergy tests, possibly including a skin “patch test,” may be carried out in an attempt to identify the specific trigger of the condition.

There are no laboratory or blood tests that can be used to establish the diagnosis of eczema, and therefore, making it more difficult to find some natural cures for eczema.

The goals for the natural cures for eczema are to prevent itching, inflammation, and worsening of the condition. Treatment may involve both lifestyle changes and the use of medications. Treatment is always based upon an individual’s age, overall health status, and the type and severity of the condition.

Keeping the skin well hydrated through the application of creams or ointments (with a low water and high oil content) as well as avoiding over-bathing is an important step in treatment. Lifestyle modifications to avoid triggers for the condition are also recommended.

All of that means that finding the natural homemade cures for eczema or your skin condition may be difficult. Medical professionals may say lifestyle changes, but they will not really know which ones.

If itching is severe, oral antihistamines may be prescribed. To control itching, the sedative type antihistamine drugs (for example, diphenhydramine [Benadryl], hydroxyzine [Atarax, Vistaril], and cyproheptadine) appear to be most effective.

I have used these creams and did notice a difference, but only if I applied twice daily and did not forget any applications. This would not be considered one of the natural homemade cures for eczema.

In some cases, a short course of oral corticosteroids (such as prednisone) is prescribed to control an acute outbreak, although their long-term use is discouraged in the treatment of this non life-threatening condition because of unpleasant and potentially harmful side effects.

The oral immunosuppressant drug cyclosporine has also been used to treat some cases. Ultraviolet light therapy (phototherapy) is another treatment option for some people. Drugs would also not be considered a form of homemade cures for eczema.

Finally, two topical (cream) medications have been approved by the U.S. FDA as a treatment: tacrolimus (Protopic) and pimecrolimus (Elidel). These drugs belong to a class of immune suppressant drugs known as calcineurin inhibitors.

It is recommended that these drugs only be used as second-line therapy for cases that are unresponsive to other forms of treatment, and that their use be limited to short time periods, and the minimum time periods needed to control symptoms. Use of these drugs should also be limited in people who have compromised immune systems.

With making and selling soap, I have seen a lot of skin conditions that were cured with a bar of natural soap. I personally can vouch for the years of eczema, being cured with the help of natural products such as soap.

If you have skin conditions such as this, go to the health food store and try a bar of vegetable oil based soap. Then start making your own at a fraction of the price of retail.

This entry was posted in Skin Care and tagged eczema, skin care. Bookmark the permalink.

8 Responses to Natural Cures for Eczema – what type of eczema do you have?